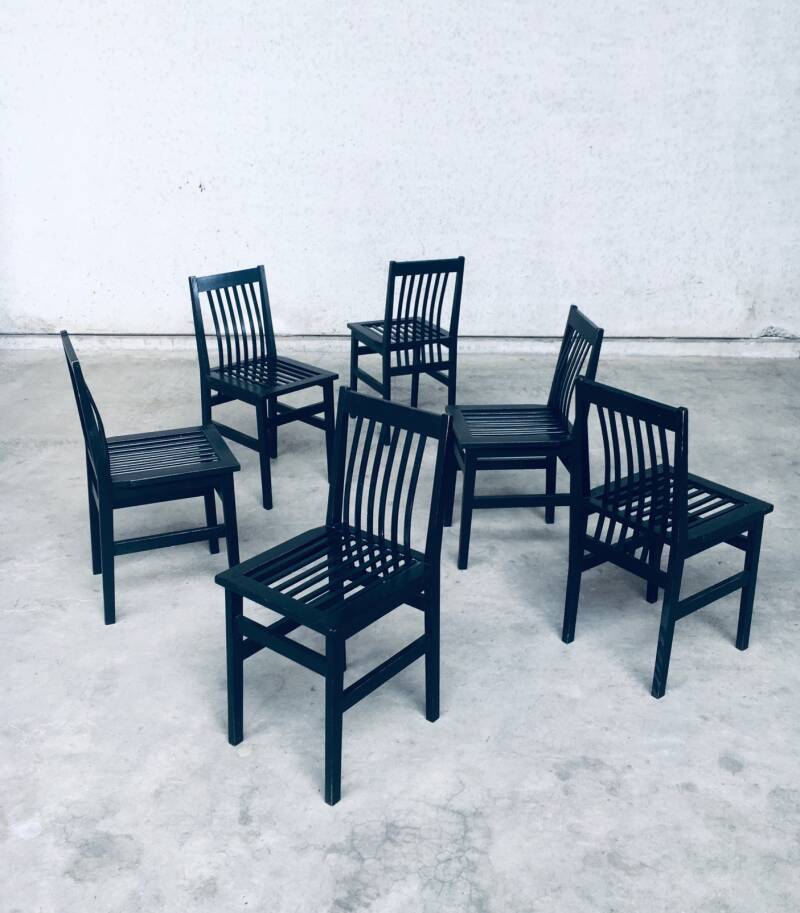 Vintage 'MILANO' Dining Chair set of 6 by Aldo Rossi for Molteni, made in Italy 1987. These chairs are in the Molteni Museum. Black stained wood constructed chairs. Lightweight and very sturdy design. All 6 are in good condition. All original. Each chair measures 86cm x 39cm x 43cm.

Milano is a small, lightweight chair that is also extremely sturdy. As Aldo Rossi said, “It’s the kind of chair that comes to mind when people think of a chair”. It evokes traditional chair design of days gone by when the backrest and seat were made up of parallel slats, which in this case have been fitted into the fixed sections.

Aldo Rossi (Milan, May 3, 1931 - Milan, September 4, 1997) was one of the greatest Italian architects of the 1980’s. His Molteni Group collaboration marked his passage from masterful architect to an industrial designer. He created models and furnishings for the Museum of Maastricht, the Teatro Carlo Felice in Genoa and the reconstruction of the Teatro La Fenice in Venice. Aldo Rossi designed items that were destined to become icons of the 20th century.